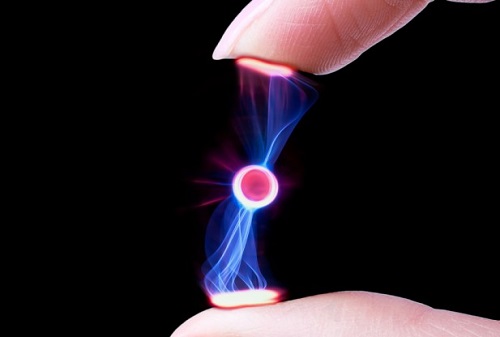 Atom is the building block of matter. Atoms are very tiny to be seen by the naked eye. Atoms combine to form molecules which build the matter that we can see or touch.

To understand what electricity is, we have to get down the actual components of the atom. The atom contains three building blocks which are the protons, electrons and the neutrons. These three are found within the atom.

Neutrons: They are also found inside the nucleus of the atom. They are neutral; meaning that they have no charges attached to them.

To understand the flow of charges, we will have to understand the coulomb’s law which states that charges of the same type repel while charges of different types attract. Therefore electrons will be attracted to the protons. In an atom it is always very easy to dislodge an electron. However you cannot dislodge a proton from the nucleus that easily. Therefore in electricity, the electron is usually the charge carrier. But of course during our college level physics tuition classes, we learnt that holes can also be the charge carriers, especially in the case of semiconductors.

As the free electron floats in a space between atoms, it’s pulled and pushed by surrounding charges in that space. In this state of confusion, the free electron finally finds a new atom to latch on to and in doing so, the negative charge of that electron (free electron that have been attached) ejects another valence electron from the atom. This results in another electron drifting through free space looking to get attached to another atom. This produces a chain effect that continue on and on, creating a flow of electrons called electric current.