What Are Exotic States of Matter? 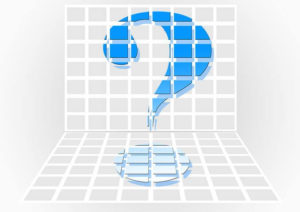 It is a fundamental fact that matter exists in three main states namely gas, liquid and solid. Additionally, you have other states in which matter can exist, which are termed as exotic states. These states are caused due to extremes in pressure and temperature. Such states have exclusive physical characteristics that totally differ from other states. Physics tuition in Singapore will help students gain a better grasp of such complex concepts in an easy way.

The exotic states can be broadly classified into

A gas can convert into plasma state at high temperature. Plasma is referred to as the 4th state of matter. Degenerate particle matter and quark-gluon are other exotic states existing at high temperatures.
Plasma state: This includes gasses in ionized form and electrons separated from molecules or atoms. Over several thousand Celsius degree temperature is needed for creating the plasma which has the following characteristics:

Degenerate matter: This form of matter occurs due to very high pressure and is seen commonly in neutron stars and white dwarf stars.
Quark-gluon plasma: This is a rare form seen occasionally in accelerator reactions of very high energy particles.

Under normal pressure and temperature, molecules and atoms show characteristics that are different from the basic three states.
Amorphous Solid: This is a combined state matter that is in a semi-solid or slow flowing liquid state. Gels, thin films, and glass belong to this state.
Plastic Crystals: This is made of molecules with weak interaction but has some freedom of form of orientation. These have the mechanical softness and resemble waxes, and are deformed easily.
Liquid Crystals: These forms have properties that are in between solid crystal state and conventional liquid state.

At extremely low temperatures, some materials turn into its superfluid form or Bose-Einstein condensates.
Super-fluids: Superfluid is formed when helium in liquid form is cooled to nearly absolute zero.

Bose-Einstein condensate (BEC): This state is where the particles do not exist independently but merge into a unified quantum state. Absolute zero temperatures are required to create this state.
The discovery of exotic states of matter has been instrumental in the development of new materials possessing novel properties and is of great significance for future technologies. Enrolling in JC physics tuition in Singapore will give you a better edge on mastering this topic area.