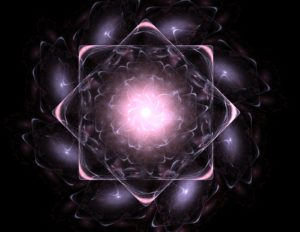 Does you feel physics is a dry and tough subject? Well, this article may help you to make them think the other way.

Students learn physics as prescribed in the syllabus in school, and take extra coaching by attending physics tuition in Singapore. Rarely, they get a chance to learn to connect physics with nature and learn through observation. This might be a prominent reason why students consider physics as rather a complicated subject to be learnt in school.

Lined up are 4 amazing facts that physics has taught us, which is enough to excite any student, and increase his interest towards the subject. Read on.

If you are wondering how, here goes the explanation. Atom is the smallest unit of a chemical element. Remember the structure of an atom which the student gets introduced to in high school. Atom includes protons, neutrons and electrons. But still, there is a lot of space left in an atom after its three constituents, which is approximately equal to 99.9999999999999 per cent of the total size. The fact is the large part of the space of an atom is empty where the entire human race can fit in. The empty space does not have any mass, and so the sugar cube would not weigh heavy.

They say physics will make you understand nature. But the fact is a larger part of the universe is still undefined by physics. From what physicists have found out till now, we know only 5% of the total universe. The rest is still considered to be dark energy and dark matter. It includes more than a hundred billion galaxies, in which each of it may have 10 million and a trillion stars in it. Sounds enormously huge, right?

Do you want to fool yourself by increasing your weight in a short span of time? If you think it is not possible, physics have the answer. When you are running really fast, the body will show more weight. But you have to run that fast, nearing to the speed of the light. Here goes the explanation. The relativity theory points out that mass is equivalent to energy. When you give energy to an object which is moving closer to the speed of the light, the extra energy will turn as mass. In effect, the object will show higher mass.