What are Damped and Forced Oscillations? 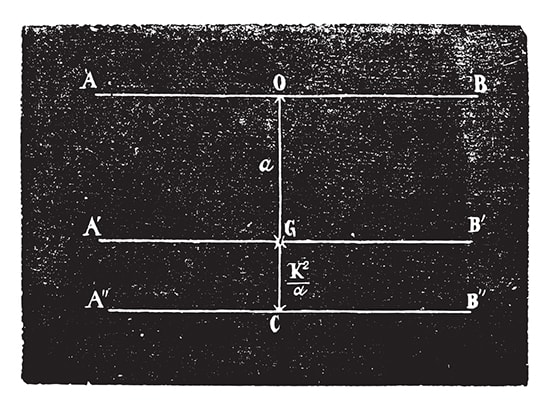 Oscillation is the repetitive variation about a central value or between two or more different states. Oscillation does not occur only in mechanical systems, it also occurs in dynamic systems, such as alternating current (AC), beating of the heart, and vibrating strings in musical instruments. Understanding this concept is important for both your daily life and your Physics exam. It is best to reinforce your concept of oscillations with Physics tuition or extra materials so that you can challenge more difficult questions as you go deeper into your learning. In this article, let’s explore two types of oscillations: damped and forced.
Damped oscillation
In the real world, all oscillating systems gradually lose energy in the form of heat due to dissipative processes such as friction and electrical resistance. This process of losing energy is called damping and the oscillation is called damped oscillation.
Because some energy is lost during each oscillation, the amplitude of the oscillation gradually reduces until it becomes zero unless an external force is applied to the system. But as long the system keeps oscillating, the frequency of oscillation will remain the same.
Calculating the damping force can be very complicated because of several different types of damping forces involved, such as kinetic friction, various fluid drags, and electrical resistance. So, in order to get the concept, let’s take a look at the simplest equation.
Fd = -bv
Where, Fd is the damping force, b is the damping constant or damping coefficient, and v is the velocity.
We know that F = ma. Applying this on a spring with a spring constant k and damping force – bv, we get
– kx – bv = ma
Or             ma + bv + kx = 0
Now, a = d2x / dt2 and v = dx / dt
So             md2x/dt2 + bdx/dt + kx = 0
or             ml2x + blx + kx = 0
or             ml2 + bl + k = 0  (cancelling x)
or
The 3 resulting cases for damped oscillator are:
If b2 – 4mk > 0, then over damped; if b2 – 4mk = 0, then critical damping; and if b2 – 4mk < 0, then underdamped.
Forced oscillation
Forced oscillation, also called driven oscillation, is the oscillation caused by the application of an external force. Examples of such an oscillation include an AC circuit connected to an external power source, a child’s swing being pushed by an adult, and a loudspeaker whose vibration is caused by the force on the magnet by the electric current flowing in the coil fixed to the speaker cone.
Because of the application of external force, the amplitude of motion remains constant if the energy input into the system per cycle is exactly equal to the energy lost due to damping. For example, let’s say that a child is swinging on a swing. If no external force is applied, the amplitude of the swing will gradually decrease and the swing will eventually come to rest. But if you push the swing applying a force in every cycle that is equal to the energy lost due to damping, then the swing will continue to swing with the same amplitude.
Again, the calculating forced oscillation is very complicated because of several factors involved. To fully understand how the equation for damped (above) and forced oscillation are derived, consider enrolling in a physics tuition class to get extra practice with this concept. While the concept of damped and forced oscillations is explained in layman terms here, the application of this concept in practice questions will involve more critical thinking that can only come with more practice.